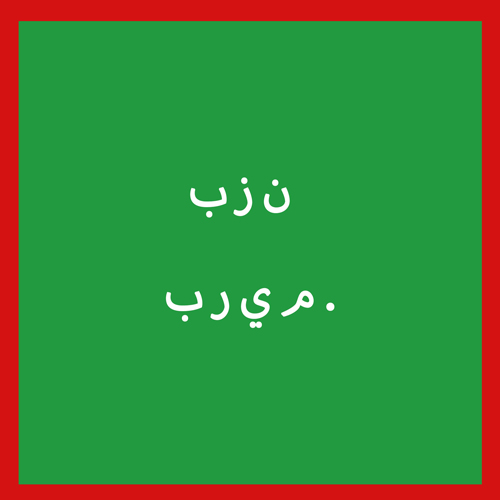 Our entire family moved here two years ago — my parents, my brother, and I — mostly because with an Iranian passport, men have to go through two-and-a-half years of military program. My father applied for four green cards, and they give you an estimate for when you’ll be given an appointment to the embassy. The waiting time was almost 14 years. Fourteen is the maximum.

You’re 25 now, and you’ve been here for two years. So when you were nine years old, your parents were like, we’re gonna put in now for a green card? Yes. My mom knew that she wanted us to study abroad. Somehow it was obvious that everything was going in the wrong direction, even 20 years ago. She anticipated that. Luckily, we were still under 21, so we could be on our father’s application.
‍
So you knew that if your appointment was delayed, one of you might turn 22, and that would mess up your green card. What was that like? It was a situation of powerlessness. We had to wait until they called us. We knew this was the plan, and we knew even if it took the maximum time — 14 years — we would still be under 22 years of age. But there is always that uncertainty.
‍
Why did you want to come here? It’s a shit show there. Let me give you an example: When we left, one U.S. dollar was worth 3000 rials. Now it’s 26,000. So you have to work 10 times longer than an American, for everything — to buy an iPhone, maybe. I could see nothing but a dark future.
‍
What was it like studying art there? It’s an Islamic region, so all the nudity from the history of art — the history of existence — is gone. It’s ridiculous. It’s suffocating.
‍
Were there things you wanted to do as a kid that you couldn’t? Every activity in your life. Every little detail in the behavior of that society is rooted in this mindset. If you’re an artist, your freedom of speech basically doesn’t exist because there is no freedom. I could not even hang a picture of myself on the wall. And think how much harder it is for girls. I could not see a future in my country. The society was rotten.
‍
Did you feel like you could talk openly with your friends about what was happening there? I can give you the perfect example. My close friend was fighting for the rights of students. International students there pay an insane tuition, while our tuition was zero, because we were selected by a national exam — that exam was the most fucking stressful thing I’ve ever experienced, by the way. So she was fighting for the rights of the international students and talking about all the tuition they were bringing into the school, and how money should be spent on things we all needed, like the studios. We could not have darkrooms more than an hour a week because of a lack of resources.
‍
She currently is in jail. They’ll frame you or they’ll make up a story about you. Some [people in a] random car grabbed her in front of the school, and they took her to some unknown place for 32 days. She told me that there wasn’t any physical abuse — but there was mental abuse. She was blindfolded in a room for weeks. Her parents were freaking out because, you know, she could have been dead.

I have some random news from my friends at school that she couldn’t get out of jail after the first year. I have a feeling that maybe she’s going to be there for the majority of her sentence. And that’s how freedom of speech works— even in an academic environment, which shows you, there is no academic environment, it’s all political. She was just advocating for change within the university. And that was what she got in trouble for.

BACK TO MAIN PAGE