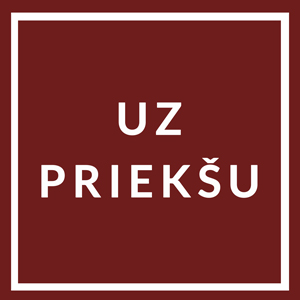 We were refugees. We were in a displaced persons camp for three, four years. Most people ended up in Canada, the U.S., and Australia, with some in Germany. In the U.S., so many young men were lost in the war, they needed a lot of farmers and physical manpower. American farmers advertised to pay the passage for so-and-so, if they would go work for them. Our agreement was for two years with an American farmer in Jacksonville, Illinois. My father and my mother did farm work for him for two years, and we got paid some money and a place to stay. Local churches helped us a lot.
‍
There were five of us: my father, my mother, myself, and my sister and brother. I was six in 1949. I remember the trip over on the boat and landing at Ellis Island. I remember the Red Cross lady giving us doughnuts and cocoa. I remember on the boat, how the American sailors loved kids and would leave an orange or Hershey's chocolate under their pillows.

So we did that for two years and then we moved to St. Louis. There my father worked as a janitor and also loading trucks for a candy company. Then we heard that a lot of our old acquaintances from Latvia were in Chicago. So we moved after two years to Chicago, and that’s where we’ve been ever since.
‍
My father was always good in languages. When he was a kid, he spoke German and Russian, and then he learned English in school. Once he was here, he picked up some Polish and Spanish. When he came to Chicago, he got a job at the stockyards. Chicago was a big center for meatpacking. He got a job as an accountant there. He told me that they gave him the test — a bunch of math problems to solve, adding, subtracting, multiplying, dividing, whatever — and he added everything up in his head faster than anybody else.

All that time he had a hobby collecting stamps. He was an expert on Eastern Europe and the Baltic States. So he opened a store in Chicago and sold stamps and coins. And then he was a writer, too. He wrote 17 books. Those books were not allowed in Latvia. Sometimes my mother, when she wanted the relatives to hear what my dad was doing, she would send them a couple pages at a time. She would tear the book up and send a few pages at a time — that’s how they got to read his books.
‍
He managed the store up until he retired. And that’s that. He had the American dream. After living here five years, the first thing he did was make sure we all got citizenship. That was very important to him. He drilled into our head that voting was extremely important. If you don’t vote, he said, somebody else will decide for you. He always flew the American flag in front of our house on the 4th of July and on other holidays.
‍
He never went back to Latvia. Even after independence. He died soon after the second independence in 2001. He never went back because he got used to the idea that he knew it would be drastically changed from what he wanted to remember. My mother went, though, in the 1970s, ’80s, and ’90s. She never fully assimilated here. She never learned to speak English really well. She was a seamstress. For Latvian ladies, that was a form of income. She sold wedding dresses, bridesmaids dresses, everything — that’s how she earned a little bit of money.
‍
My brother got a business degree. My sister and I dropped out, but finished later, when we were fully grown. She got a degree in accounting. I finished my bachelor's degree in my forties, and then I just continued on with two masters degrees — in English literature and linguistics. We’re all married and had children. My brother has four children and five grandchildren. My sister has three. I have three children, and six grandchildren.
‍
One of the things that strikes me as interesting is that I’ve spoken to people who’ve come to the U.S. under all kinds of circumstances — terrible and excellent—to flee war, or to pursue an opportunity. What I’ve found is that their relationship with America is a product of why they came here, whether it was to escape something or to come for something. Those who come fleeing war or violence seem to understand the importance of voting and participating in government more than those who arrived here for less traumatizing reasons.
‍
I had an editor help me and we put together a book, based on my father’s journals. In it, he wrote that he was working in a store during the Soviet occupation for a Communist sympathizer. He said it was very busy because the war was going on — they needed to produce all kinds of stuff; I think it was something with dairies or farming. One days the boss said to him, “You know, you need to take the next week off. You haven’t had vacation in a long time.”

And my father said, “Well, no, you need help. I can just put my vacation off — it’s okay.” And the guy said, “No, I think you really, really need to take off for vacation.” So my father says okay. And the next day the KGB guys came and took a whole bunch of people away. So in other words, this was somebody who knew that they were coming for him. When my mother finally got back to Latvia in the ’70s, she said that she went to a relative, and they told her, yes, just a few days after you left the country, somebody came knocking on the door, asking about you, and you probably would have been taken away.

That story gave me hope that even those who hold extreme political views can sometimes show sympathy for those who see things differently. These kinds of incidents have been reported in many different conflicts throughout history.
BACK TO MAIN PAGE